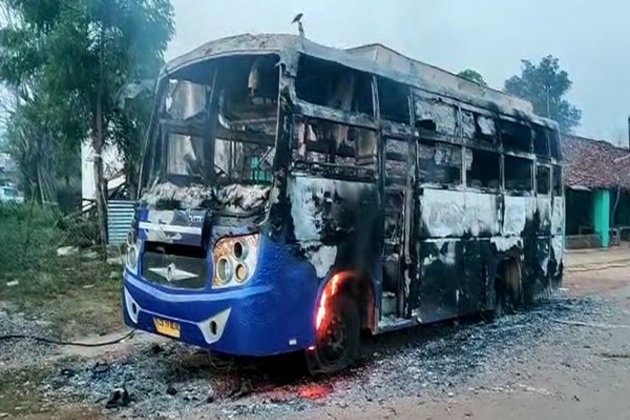 Antagarh (Chhattisgarh) [India], November 21 (ANI): A group of Naxalites set ablaze as many as five vehicles and four mobile towers in Antagarh region of Chhattisgarh's Kanker district on the intervening night of Sunday and Monday.

According to the Kanker Superintendent of Police, Shalabh Sinha, the Naxals created havoc in the Koyalibeda region as they set ablaze the mobile network towers in two areas, and a bus in a region, and also blocked a highway.

In the first incident, the Naxals set a mobile tower ablaze in PV 45 village, followed by blocking the Antagarh-Narayanpur state highway by placing banners and cutting down five trees in the Tadoki police station area.

In the third incident, the Naxals also kindled a private bus heading from Koyalibeda to Kanker while it was at least one kilometre away from the police station region here along with a JCB, Hyva, grader and tractor in Markanar, SP Sinha said adding that the Naxals further burnt the Jio mobile tower in the Jiram Tarai area.

The Kanker SP said that the Naxals have been protesting the death of Naxalite Darshan Padda and Jagesh with banners.

The RKB Division Committee of Naxalites threw these pamphlets in the Durgukondal police station area demanding to make North Bastar Division (Kanker, Narayanpur, Kodagaon) shutdown successful. The pamphlets also had written, "Make North Bastar Division shutdown successful in the protest against the killing of Comrade Darshan, Jagesh in a fake encounter on October 31Meanwhile, Bastar Inspector General of Police (IG) P Sundarraj said, "In reaction to the death of DVCM Darshan Padda in the last month's encounter, Naxals have called for a bandh (Shutdown) call in North Bastar Division area. Out of desperation, they have made soft targets, including public utility facilities like mobile towers etc."Meanwhile, the blockage on the road and highway has been removed. 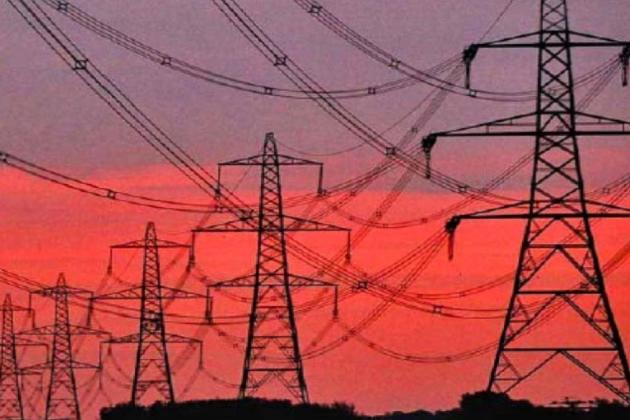