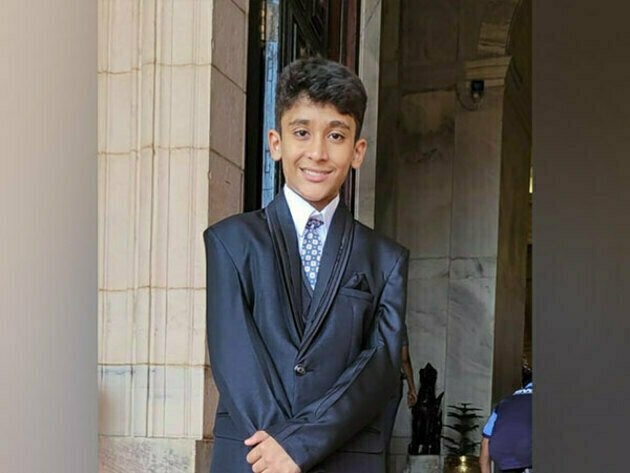 New Delhi [India], November 21 (ANI/GPRC): India is a land of dichotomies. In the year 2022, on one hand, according to the Fortune India's list of 'India's Richest', the collective wealth of 142 billionaires in India is a whopping USD 832 billion. On the other hand, recognizing India's "great commitment and leadership in lifting people out of poverty," the United Nations Development Programme (UNDP) reported that the country was able to uplift about 415 million people between 2005-2021. Almost half of this 415 million figure, 140 million, exited poverty between 2015-16 and 2019-21.

Such news highlights the fact that alleviation of poverty remains the top agenda for the country's youth and one young social volunteer, Shivam Sharma Rawat, proves it practically. Shivam is a Class 7 student of Springdales Public School, Dhaula Kuan, and he is trying to do through his 'No Poverty' mission. Shivam's 'No Poverty' mission is aimed at everybody having enough money for their basic needs. His mission is to end poverty in all its forms everywhere by 2030. This mission also has the support of the Delhi-based NGO Hamara Samarpan Trust (HST).

HST considers Shivam as one of their valuable assets because his contribution to the NGO's various programmes is exceptional. HST's majority of programmes are focused on the poor population in the country and, thus, spreading awareness towards issues such as health, education, access to water, and sanitation, remains their main activities. During the Covid-19 pandemic, both Shivam and the HST did a commendable job in providing succor to the needy and the destitute.

Speaking on his involvement in social welfare, especially removing poverty, Shivam says, "The younger generation is more equipped to ensure that a better future awaits the country's poor. At present, more than 11 per cent of the world population is living in abject poverty, with no means to fulfill their most basic needs. The issue is plaguing almost every country in the world, in different measures. In fact, reducing poverty levels in the world is one of the 17 Sustainable Development Goals (SDGs) of the UN. However, it is our individual attitude towards this problem that will decide India's future."

For his exemplary contribution to social development, Shivam has received last year's "Rashtriya Gaurav Samman" and his work has also felicitated by the World Book of Records, London.

On the other hand, the NGO Hamara Samarpan Trust, organises free medical camps and distribution of medicines for the laborers and house helps. They have done multiple camps in cities like Delhi, Varanasi, Jhansi, Guwahati, Kathmandu, Mhow, Indore, Gaya and Bodhgaya. Vikram Trivedi, one of the Trustees of HST, is a leading educationist from Mhow. He expressed concern about the fact that more than 700 million people in the world live in extremely poor conditions. But he is hopeful that with young volunteers like Shivam Rawat in their midst, it wouldn't be impossible to end poverty in the world.

This story is provided by GPRC. ANI will not be responsible in any way for the content of this article. (ANI/GPRC)